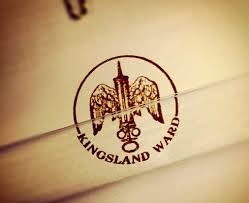 Review of Then She Fell
By Lanie Reene


Last week I experienced Then She Fell by Third Rail Project. I swam through fractured thoughts and disjointed narratives as I wound down corridors and found myself locked away behind closed doors. My first thought was that this is how dance should be experienced. Three dimensional. Tactile. I could see the movement happening up close. I could witness how the performers negotiated their bodies around dressers, tables, chairs, and other people.
I’ll admit, I’m rather late to this conversation. Then She Fell premiered at Greenpoint Hospital in 2012. Presently, it has found a sinisterly new haunting home in Kingsland Ward @ St. John in Williamsburg. It is possible that the effects of this venue change can be found beneath the occasional contrived movement or spatial shift, but the performers made great use of the space within carefully constructed rooms. They offered weight to objects and each other, emitting an authentic consideration to shared space.

It is no surprise that this Bessie Award-Winning show will extend its season through June 30, 2014.

My journey was masterfully coordinated as I was shepherded from one room to the next. Each time I found myself alone, it was cleverly unexpected. I couldn’t tell you if it was already predetermined or a side-effect of where I happened to be in the space. They just seemed know where I had and had not been and where I had yet to go.
The performers offered intimate eye contact throughout the evening. This direct engagement danced among the uncomfortably awkward and curiously engaging. I found myself alone with a performer at least five unique times throughout the evening...Alice, the nurse, a doctor, the Rabbit, Mr. Carroll. I felt privy to a secret that only I knew. They invited me into their playground, and for a moment I became part of their mental maze--their labyrinth of thought and movement.

The distinctive concoction of smells served as a powerful complement to each room. My nose flirted with smells that ranged from stale, liquid, and earth to herbal, rose, and worn. White rooms, red rooms, rooms filled with books. Sights and smells blended like the ingredients of the elixirs they fed us.
We were given a set of keys, but we were not allowed to use them on closed doors. The hospital staff controlled our access. Magically, closed doors opened and opened doors closed.

We couldn't talk. We were directed to not speak unless spoken to. This was a difficult task to maintain, but we had access to the items in the rooms, so I focused my attention on this component. Touch anything/everything…pens, parchments, books, leather bindings, wooden tables, metal chairs, metal padlocks, aged files.
Claiming the role of anonymous spectator, I peeked into windows as scenes came to life and faded. Once the scenes evaporated like vapor, I was left staring at my own reflection. What is the meaning behind these eyes staring back at me. Are they tired? What have they seen?

I resonated the most with the madness of the hatter. Her rants and incomplete thoughts made the most sense. This is what thoughts sound like in my head. Incomplete, unanswered, splintering off into different directions. If you considered the Hatter's words separately, they made no sense, but when considered together, they made perfect sense. The beauty of her rants were like a poetic maze, leaving space for the mind to wander.

AFTER THE SHOW
It is understood that people will walk away with a variety of interpretations after a show, but Then She Fell creators Zach Morris, Tom Pearson, and Jennine Willett masterfully designed the work to create 15 unique experiences during one performance.

This structure ignited many conversations after the show. It gave audience members a place to began conversations about dance, theater, and site-specific work. As we tried to reconcile our own experience AND discover how our experiences differed, we were tasked to explain and remember with as much vivid clarity as possible.

Conversations spilled into the streets and onto the subway, swirling with amazement mixed with envy...What room? What tea party? I didn’t see that. The endless possibilities of sight unseen was invigorating.
It seemed to me that Then She Fell creators developed this work with a genuine interest in the performer and audience experience; right down to the smallest detail. I walked away feeling considered as an audience member.
Once I got home, I hit the web to read reviews and learn how other people experienced the show. I compared and contrasted written accounts to slowly uncover how their experience informed my own.
Many compared this work to Sleep No More by Punchdrunk. I have not seen Sleep No More, therefore I'm not qualified or interested in comparing whether it was better than or not better than. I'm just glad to be able to appreciate this work, this imagination, this attention to detail on its own platform.

Then She Fell invited me to consider the origins of Alice in Wonderland through a unique site-specific experience. Although we may be familiar with different historical understandings and experiences of the narrative, Third Rail Project made this story accessible to a diverse audience.

I always thought of Alice in Wonderland as a fairy tale. I never considered the possible realness of her character in our reality. A women trapped in her own mental madness, or perhaps free within her medicated imagination. I'm less consumed by the true identity of Alice and more intrigued by the fact that at any moment we could be Alice peering through the looking glass. Falling, falling until we look up at ourselves as the object who fell.


Learn more about Then She Fell or buy tickets at thenshefell.com.

ICON TO THE RIGHT OF THIS WINDOW.
Scene Lanie Reene