WHILE YOU MARINATE, SHENANIGANS WILL CONTINUE

I've taken some time to marinate over the sequence of events that took place during Bill Chats: When did the avant-garde become black? on March 23. Life and other obligations have taken me away from completing this entry until now, but one thing is for sure...marinate all you want, the shenanigans will continue…

Near the end of the chat, I found my body twisting, turning, and careening to hear the voices around me. Near the end, a comment here, a disagreement there, sent the energy bubbling over. It was thrilling (near the end). 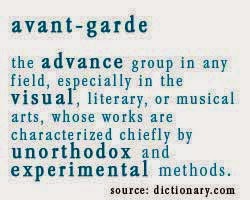 Not to mention all the amazing artists, activists, trend-setters, critics and voices from the dance community sprinkled among the cushioned theater seating.

I won't get into how the 'talk' transpired, the success/failure in its attempt, the unsavory behavior that ensued, or a commonly felt longing for a sensible and just facilitator. It has been eloquently tackled by others (see How about a little less Bill by Eva Yaa Asantewaa ). Instead, I'll touch on some take-away points…


Generational Divide
The cracks between dance generations are becoming more visible. As young people are becoming further removed from the civil rights movements and all that has shaped the experience and content of older generations, how do we acknowledge, communicate, fluctuate, challenge, and move within the space left by generational gap? What informs artistic inspirations these days? What are important issues brewing for emerging black artists?

The Fluctuating 'we'
One of the questions Jones seemed determined to have answered was "Who are we referring to when we say WE?"

From this question grew a palpable sense that the 'WE' is always fluctuating. It's not possible to locate it in one fixed state of meaning. In fact, it would be unwise and unproductive to do so.

WE...the funded (The ones that echo a shimmer of hope to preserve the aesthetic values and preferences of those offering the support)
WE...the not funded
WE...the degree and debt holders
WE...the artistic hustler facing the rising cost of living, art-making, and support
We...the connected, the accessible

How do you locate yourself among the we?


Black Spaces
How are ‘black spaces’ created and who is responsible for what happens within that space?

Can only black people create black space? Is it based on experiential blackness or perceived
understanding, empathy of the black experience?

Is it possible to extract at will…come in, take what you want, and leave?

These questions seeped into every crevice of the NYLA theater within the last minutes of the chat. It ignited strong opinions, perplexed looks, and shifty glances. People were put on the spot while others huffed with agitation, wanting a chance to be heard. Side conversation erupted and the space vibrated the dissatisfaction. Bill’s response… bellowing some gospel tune about Jordan or Zion, or something.

Suffice it to say, THE CONVERSATION CONTINUES and so do the shenanigans.